Metal case hardening is a heat-treating procedure that allows for the hardening of the outer layer of a metal while the core remains soft. The hardened layer of material is known as the “case.”

Induction hardening has many benefits, including added strength, toughness and the ability to selectively apply case hardness to portions of a material. While these benefits impact the hardened surface, the core will remain flexible.

After the process is complete, a metal must be tested to ensure the proper level of hardness was achieved during the induction heat treating process. Testing is essential for verification that parts have reached the correct hardness to last in the application for which they’re designed. How hardness is measured, and the testing methods vary.

How is Metal Hardness Measured?

There are several different methods of metal hardness measurement. The most common tests for hardness of a material involve impacting the metal and then measuring the level of resistance to indentation or the size of the indentation.

Testing consists of using a fixed force or load and an indenter. A test will penetrate the metal and hardness is calculated by the metal’s resistance to indentation or the size of the indentation.

Each testing method uses a different penetrator. These include penetrators made of both hardened steel or diamond and in the shape of a ball, cone or a pyramid.

Hardness figures are expressed in an index is based on either the depth of indentation after the test or the size of the of the indentation. The hardness figure is followed by a code to identify the testing method.

The appropriate tests should be conducted depending on the material, the surface finish, hardness and other factors such as density, geometry, and depth of hardness will determine which tests are better suited for quality checking specific applications.

There are many different testing methods, but the most commonly used tools for testing are Rockwell, Brinell, and the Vickers Hardness testers.

The Rockwell test is the most frequently practiced hardness analysis method. Relatively easy to perform, and accurate, the Rockwell scale is a macro hardness test because it doesn’t require a microscopic evaluation for hardness determination. Test equipment is available in both manual and semi-automated configurations.

Testing consists of applying two loads to the metal by indenters made of either a tungsten carbide ball or pyramid-shaped diamond.

The Rockwell test can be used on nearly all types of metals. It may not be an appropriate test if the indenter would be affected by too many variations to the test material’s surface or structure or if the indentation would be too large for the application.

Following the preparation of the test metal’s surface, a light load or force is applied to the indenter, normally ranging from 3 to 5 kgf (kilogram-force) creating a reference point for measurement. A heavier force (anywhere from 15 to 150 kgf, depending on the strength of the test material) is then applied for a measured period.

Finally, the heavier force is removed, leaving the lighter load in place. The Rockwell measurement of hardness number is calculated using the difference in depth penetration between the two lighter loads both before and after the heavier load was applied.

Another common macro hardness test, Brinell, is primarily used with metals that are too coarse or rough to be measured with other test methods, such as castings or forged materials.

The test load or force is very large, 500kgf to upwards of 3000kgf and the indenter is much larger than other tests (e.g., carbide ball 10mm in diameter).

The Vickers hardness test is also called microhardness testing because it is determined by viewing the size of the indentation with a microscope and typically used on smaller pieces and parts, thin material or cases or for precise case depth measurements. Test materials must be polished to properly support and measure the finer indentations made using this method.

The indenter is a square pyramid diamond, and the loads used for testing are very light compared to macrohardness testing, often between 10gm to 1kgf. Due to its lighter force and determination method, other materials that aren’t metal, such as clay or ceramic parts could be tested with the Vickers method.

The Vickers method is based on optical measurement system and due to its small nature, requires a microscope for precise measurements of the smaller impressions made by the indenter. Frequently a sectioning of the test material is necessary to fit inside the tester.

At Zion, we use a variety of testing methods to test hardness based on the material and customer specifications. Typically, we use Rockwell test for general in-process measurement of material surface hardness and some case depth determinations. Vickers microhardness testing is used for applications requiring that particular test and for more precise case depth determinations.

For more information about our processes and procedures, give us a call at 330-483-4650 or Contact us to learn more about how our expertise in induction heating can improve your business. 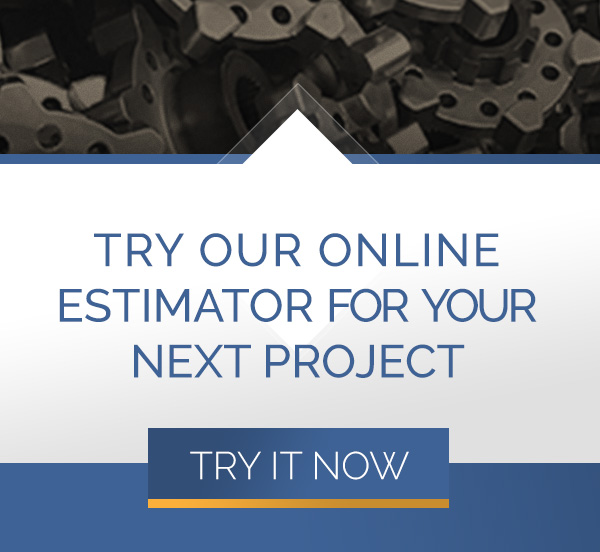 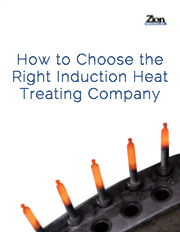